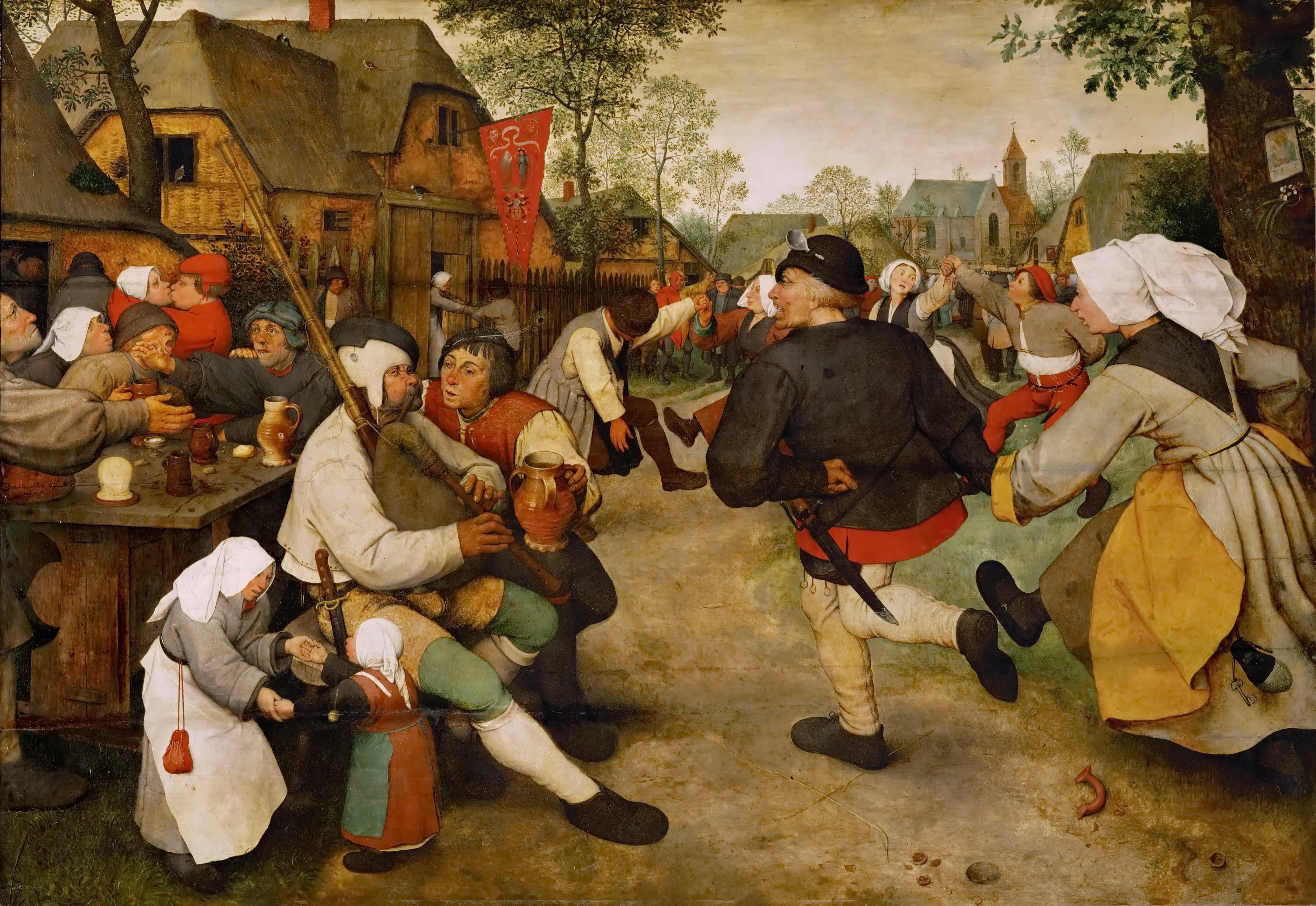 In this section, we will learn how to code to acquire images by using Harvester.

Harvester works as a minimalistic front-end for image acquisition. Just importing it from your Python script, you will be able to prepare the required images for your application without any hustle at the speed which the GenTL Producer offers.

A typical workflow consists of the following steps in that order:

Then instantiate a Harvester object; we’re going to use h that stands for Harvester as its identifier.

And load a CTI file on the Harvester objecjt; loading a CTI file, you can communicate with the GenTL Producer:

Note that you can add one or more CTI files on a single Harvester object. To add another CTI file, just repeat calling add_file method passing another target CTI file:

And the following code will let you know the CTI files that have been loaded on the Harvester object:

In a contrary sense, you can remove a specific CTI file that you have added with the following code:

Now you need to update the list of devices; the operation will fill up your device information list and you’ll select a device which you wish to control:

The following code will let you know the devices that you can control:

Our friendly GenTL Producer, so called TLSimu, gives you the following information; in this example, the list consists of four devices and each entry is represented as a dictionary. Each dictionary key can be used as a search key when you specify a target device which you wish to get the ownership:

Getting Ownership of a Target Device¶

You can connect the same device passing more unique information to the method. In the following case, we specify a serial number of the target device; as long as you rely on this approach it is not necessary to know which index is mapped to the device:

As we have just demonstrated, you can specify a target device by specifying properties that are defined by the DeviceInfo class; the device_info_list is a list containing DeviceInfo class objects and each of them is mapped to a unique device..

You can browse the available property names, i.e, the keys of the dictionary by executing the following code:

Then you would get the following output:

Note that it is invalid if the specifiers gives you two ore more devices. Please specify sufficient information so that the combination gives you a unique target.

For example, You can specify multiple properties if the combination can find a unique device on the list:

We named the image acquirer object ia in the above example but in a practical occasion, you may give it a purpose oriented name like face_detection. Note that a camera itself does NOT acquirer/receive images but it just transmits them. In a machine vision application, there should be two roles at least: One transmits images and the other acquires them. The ImageAcquirer class objects play the latter role and it holds a camera as the remote_device object, the source of images.

Then now we start image acquisition:

Once you started image acquisition, you should definitely want to get an image. Images are delivered to the acquirer allocated buffers. To fetch a buffer that has been filled up with an image, you can have 2 options; the first option is to use the with statement:

In this option, again, please do not forget that you have to queue the buffer by yourself. If you forget queueing it, then you’ll lose a buffer that could be used for image acquisition. Everything is up to your design, so please choose an appropriate way for you. In addition, once you queued the buffer, the Buffer object will be obsolete. There’s nothing to do with it.

Note that the fetch method waits forever until an image containing buffer is delivered to the GenTL Producer. In the real world where we live, however, it may be too much to guarantee every single image delivery succeeds. If you do not want to keep hanging it forever then you should pass some amount to the timeout parameter of the method; the unit is second:

If no buffer is delivered within 3 seconds then the method will raise the genicam.gentl.TimeoutException exception. On the other hand, you may want to have the None object instead of excepting an exception. For such a case, let’s call the try_fetch method with some amount of period for the timeout:

If no buffer is delivered within 3 seconds, then the method will return the None object.

Okay, everything has been done. Now you may want to stop image acquisition by calling the stop method as follows:

The following code disconnects the connecting device from the image acquirer; you’ll have to create an image acquirer object again when you have to work with a device:

If you finished working with the Harvester object, then release the acquired resources calling the reset method:

Now you can quit the program! Please not that Harvester and ImageAcquirer also support the with statement. So you may write program as follows:

This way prevents you forget to release the acquired external resources. If this notation doesn’t block your use case then you should rely on the with statement.

Reshaping a NumPy Array as an Image¶

We have learned how to acquire images from a target device through an ImageAcquirer class object. In this section, we will learn how to reshape the acquired image into another that can be used by your application.

First, you should know that Harvester returns you an image as a 1D NumPy array.

The following code is an except from Harvester GUI that reshapes the source 1D array to another to draw it on the VisPy canvas. VisPy canvas takes content as an image to draw:

Note that component.num_components_per_pixel returns a float so please don’t forget to cast it when you pass it to the reshape method of NumPy array. If you try to set a float then the method will refuse it.

It’s not always but sometimes you may have to handle image formats that require you to newly create another image calculating each pixel component value referring to the pixel location. To help such calculation, Component2DImage class provides the represent_pixel_location method to tell you the 2D pixel location that corresponds to the pixel format. The pixel location is defined by Pixel Format Naming Convention, PFNC in short. The array that is returned by the method is a 2D NumPy array and it corresponds to the model that is defined by PFNC.

The 2D array you get from the method is equivalent to the definition that is given by PFNC. The following screenshot is an excerpt from the PFNC 2.1: 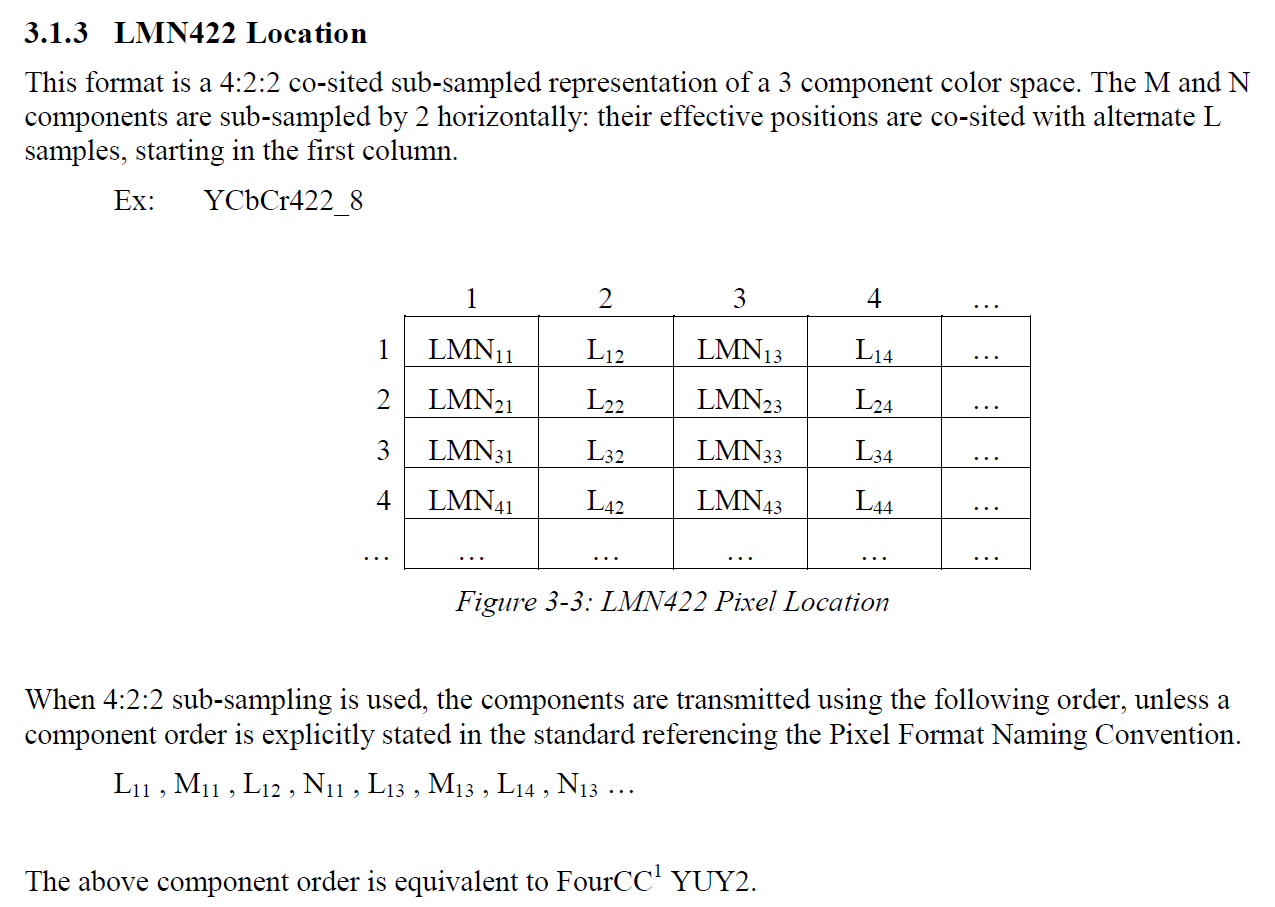 For example, if you acquired a YCbCr422_8 format image, then the first and the second rows of pixel_location would look as follows; L is used to denote the 1st component, M is for the 2nd, and N is for the 3rd, and they correspond to Y, Cb, and Cr respectively; in the following description, for a given pixel, the first index represents the row number and the second index represents the column number and note that the following index notation is based on one but not zero though you will use the zero based notation in your Python script:

Having that pixel location, you should be able to convert the color space of each row from YCbCr to RGB.

For example, if you have an 8 bits YCbCr709 image, then you can get the RGB values of the first pixel calculating the following formula:

Similarly, you can get the RGB values of the second pixel calculating the following formula:

Once you finished filling up each pixel with a set of RGB values, then you’ll be able to handle it as a RGB image but not a YCbCr image.

Probably almost of the Harvester users would be interested in manipulating GenIcam feature nodes through Harvester. Let’s assume that we are going to control a GenICam feature node called Foo.

To get the value of Foo, we code as follows:

On the other hand, if Foo is an Integer node then we code as follows to set a value:

If Foo is a Boolean node, then you code as follows:

Or if Foo is an Enumeration node, then you code as follows; it also works for a case where Foo is a String node:

If Foo is a Command node, then you can execute the command with the following

There you can dive much more deeper in the GenICam GenApi but the description above would be sufficient for a general use.

Ah, one more thing. You may want to know the available GenICam feature nodes in the target remote physical device. In such a case, you can probe them calling the dir function as follows:

You should be able to find (probably) familiar feature names in the output.